The third of a trilogy.  You'll notice 1980-1983 was a hiatus as I was in Liberal Arts at Whitman College and not in engineering school.  1983 I packed my belongings into a '76 AMC Pacer and I drove to Pasadena, California.  Jumping into my junior year (second, having a junior year at Whitman also), my classes were nearly all math and engineering.  Scary and exciting both.

Caltech had many things the schools of the northwest did not - while Whitman had an HP3000 minicomputer, Tech offered VAX and other computers including the new Compaq lugable "PCs" running MS-DOS.  With a bit of ingenuity, one could copy over microcontroller cross-compilers and compile them on the Compaq, freeing you to programming outside the lab.

Microprocessors of the day included the 6800 and the Z80, with some fancier folks using the 6809 or even the 8086 on the PCs.  The big gun was the Motorola 68000 which later powered the early Macintoshes.  Handling 16 bit addressing required double the hardware and more support glue chips.

For labs, you could not simply build a microprocessor circuit.  It had to have a cool function.  Like my classmate who hacked the scoreboard of the Rose Bowl (and did get class credit for the hardware).  My first project was a speech synthesizer using a 6809E microprocessor with the Digitalker chip set.  Unlike the later phoneme chips, this set did a ROM lookup of a fixed vocabulary.  I write a small interpreter to accept commands via an RS232 connection. RS232 was the defacto communications protocol complete with the requirement for a +12 and -12 power supply in addition to 5 volts for the logic.

Here is the project in the completed metal case (which were still prevalent even though they harken back to tube projects).

A close-up of the 6809 logic, clock generator, ROM, etc.  We buffered all the address lines.
To show versatility in my projects, I built an acoustic modem, gutting a surplus unit and building in a new chipset and dialing capability.  Hacking a cheap phone keypad was tougher than planned,, and I had to add individual buttons under the keypad matrix to get it finished.  It brought touch tone into the "modem age". 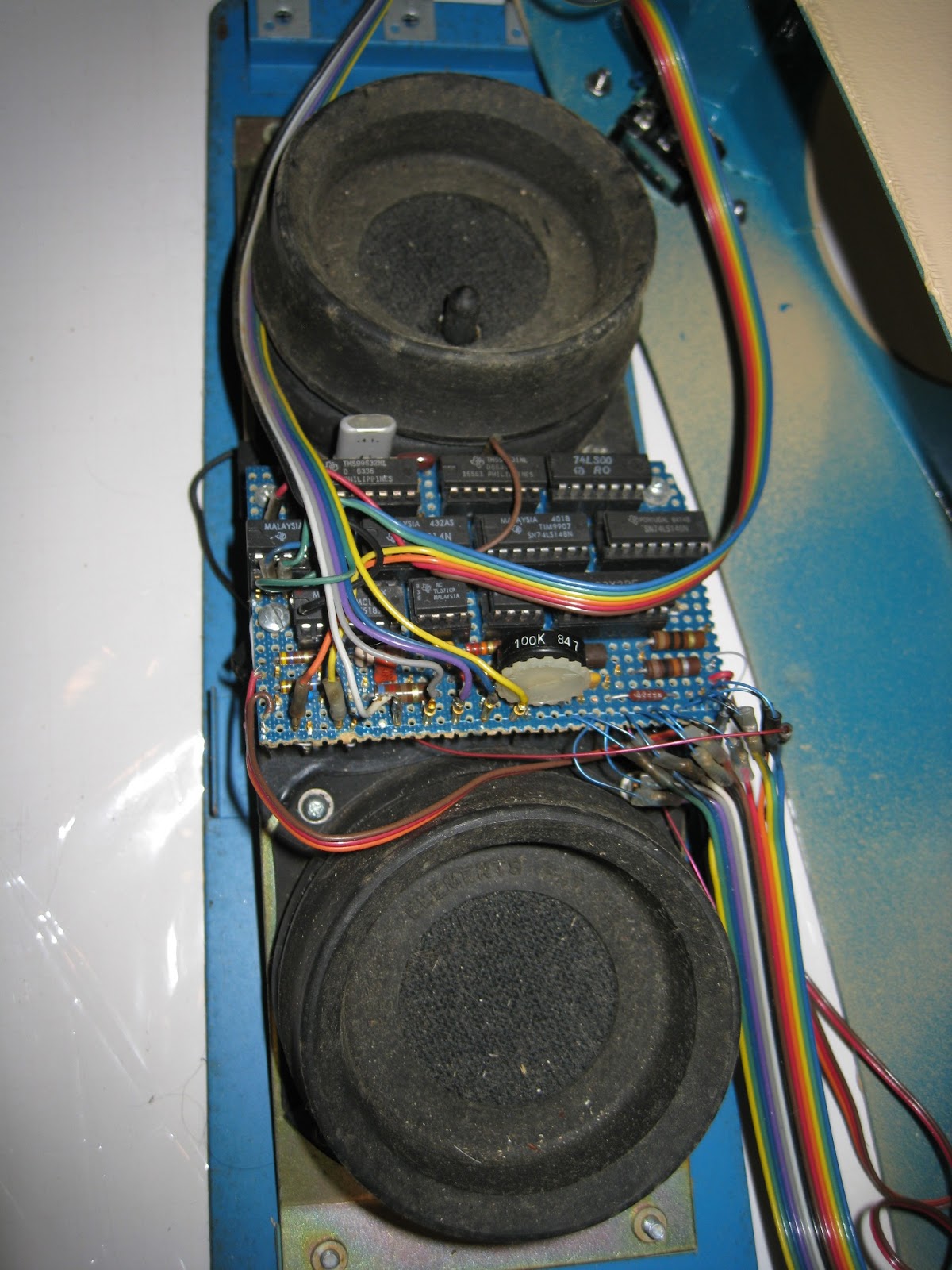 One failed project in here was a communications converter - planned to be a RS-232 / Centronics / IEEE-488 translator box.  Doing one way would have been enough but an insistent TA and alot of soul searching killed the attempt.

Final project, Fall 1984 was designed as a VT100 terminal emulator using a 68000 microprocessor.  A beefy power supply, and video system were additions.  I had to delay finishing until after Christmas as I spent hours tracking down a softwre issue that appeared to be a hardware fault.  It turned out the assembly code needed an odd alignment directive, then it worked like a champ.  I did not implement the full VT100 due to the bug but it was pretty big for the day.  I had two interviews with Apple that year, perhaps I could have been on the Mac team if it hadn't been a recession? 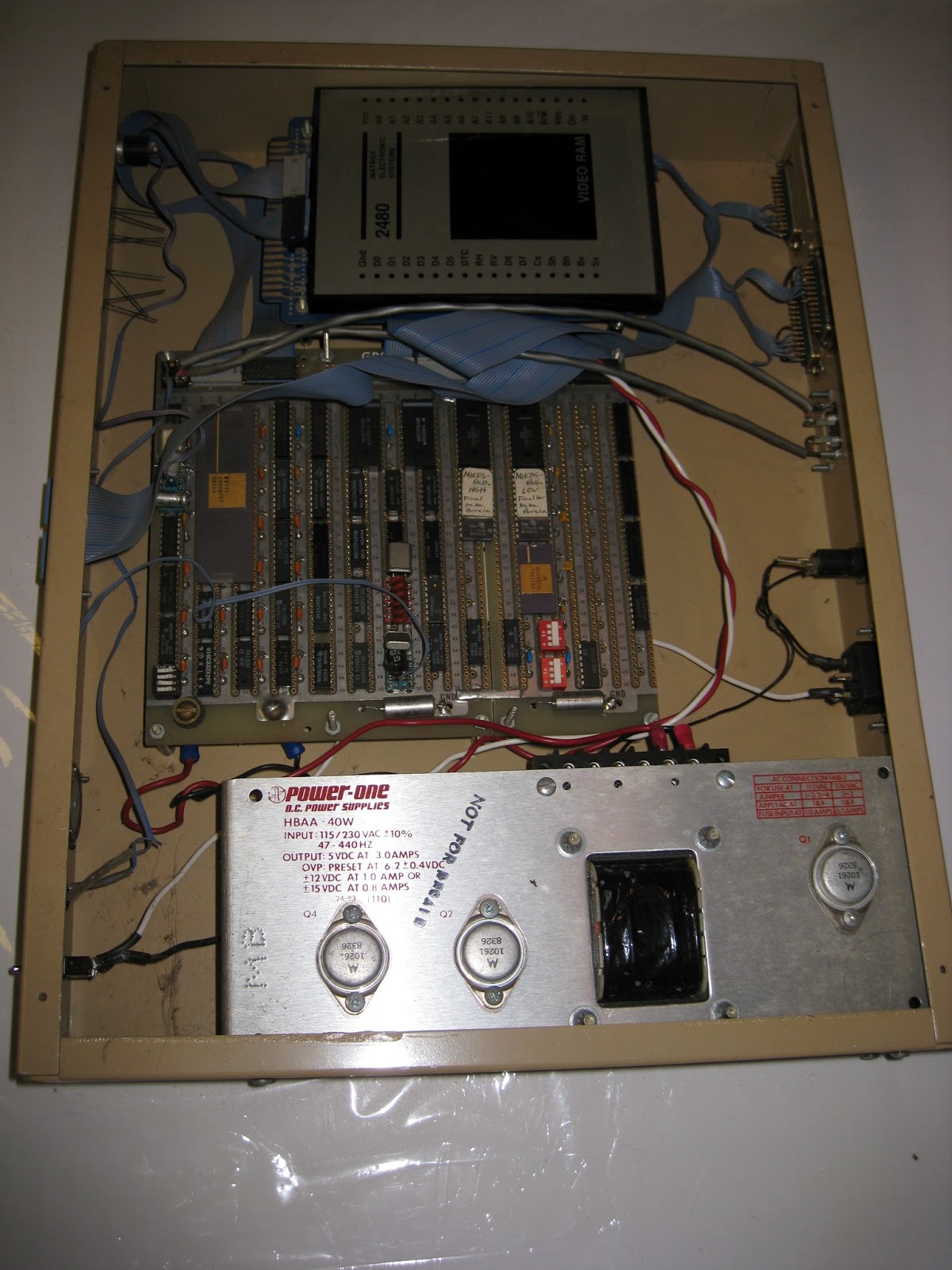 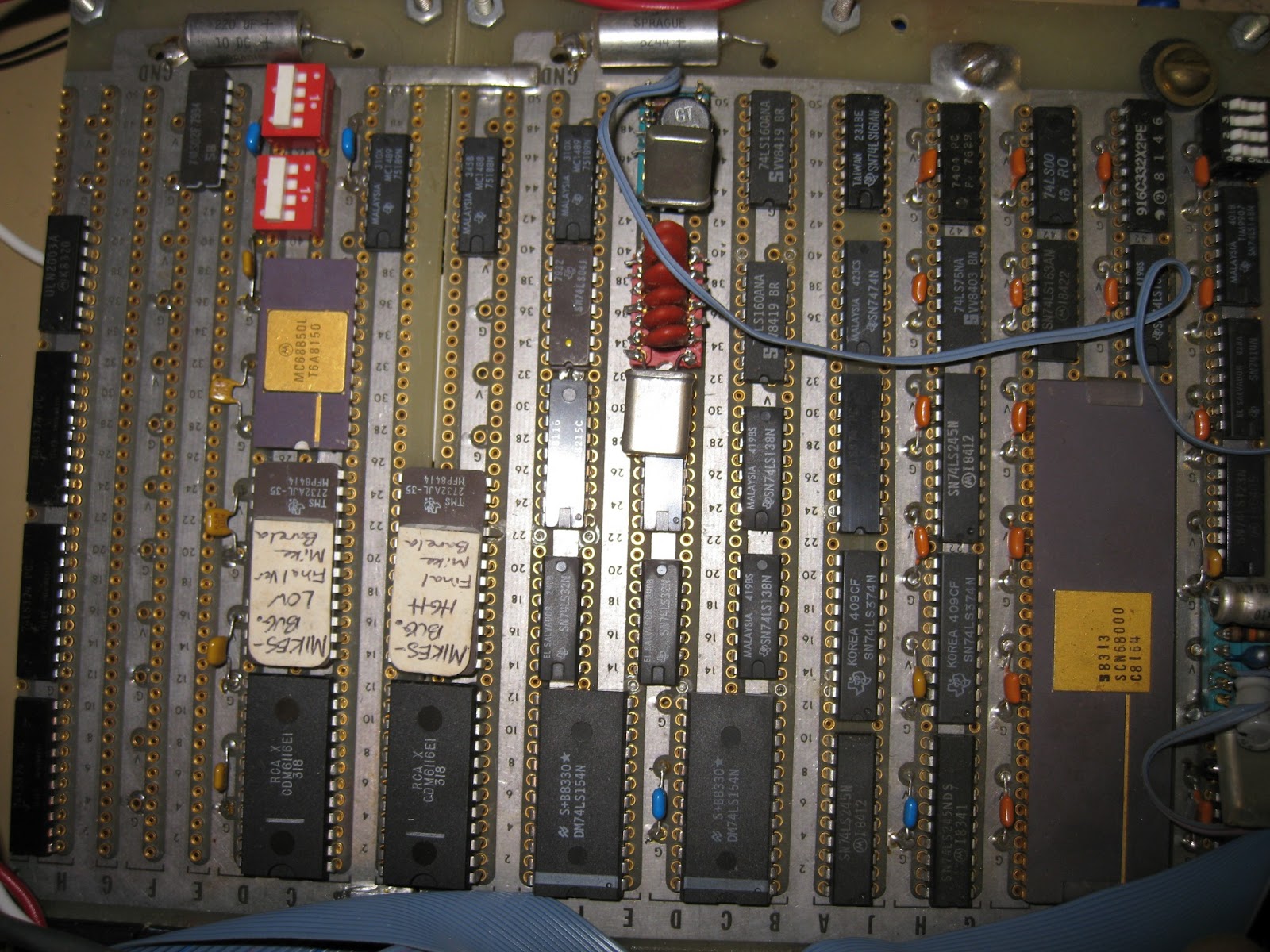 The keyboard is a Cherry that was at the surplus store.  I had to figure out the protocol, then wire it up to the unit.  I made a stained wooden holder for it - I am still amazed at the craftsmanship one can do and still be taking classes, looking for a job and living with my new bride.

That's the early days.  My career did not kick off in hardware engineering like I had wanted.  The electronics at home would sit mostly packed away for over twenty five years while I built and programmed PCs as a hobby.  But the Maker movement came at a time when I was looking for more, and the rest is here in this blog.  Thanks for tuning in.