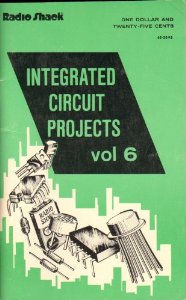 The second in a series, I'll list some of the projects I did back a generation ago.  After experimenting with Radio Shack kits and schematics, I started working with digital circuits.  Without the Internet, hobbyists used books and periodicals such as Popular Electronics to learn about circuitry.

I was fascinated with LEDs, 7 segment displays, and digital counting.  Chapter 5 combined several concepts: 555 timer pulse generator, 7490 decade counter and the 7447 binary to 7 segment decoder.  It was digital magic to take pulses, count them in binary, then have the binary display as an LED digit.

Of course the Going Further section discussed chaining the circuit to additional digits.  I decided to go for a three segment counter.  If I'd calculated the bill of materials (BOM) I probably would have reconsidered but I made the boards with blanking switches and put it in a nice case.


I was asked by my physics teacher if I could use a rotary telephone to dial digits to add the numbers.  I said yes, finding the pulse generator within the phone and breadboarding the counting circuit.  One morning, the voltage from my Radio Shack power supply was on but appeared to be zero, so I cranked it up.  Rookie mistake, the meter was on amps and in a flash I let the blue smoke out of the chips.
This period saw a decline in my electronics as graduation and girlfriend sapped time and car and impending college sapped money.

Boldly, I applied directly to MIT and Caltech, against my counselor's guidance.  My test scores were good but not top notch so I was not accepted.  But a small liberal arts college recruited me and with their 3-2 engineering program with Caltech, I did well - going to the engineering school I wanted and learning a bit about liberal arts didn't hurt either.  But it meant about a three year hiatus on my electronics tinkering (athough I spent summers at Hewlett-Packard assembling electronics).

Next I'll discuss a rediscovery of electronics, learning electrical engineering (on the fast track), and digital electronics projects.