I posted on October 24th that I had received my Gertboard from Newark, shortly before they discontinued it as a kit.  With the holidays and making my Cylon Pumpkin, I did not have time to build it until December. 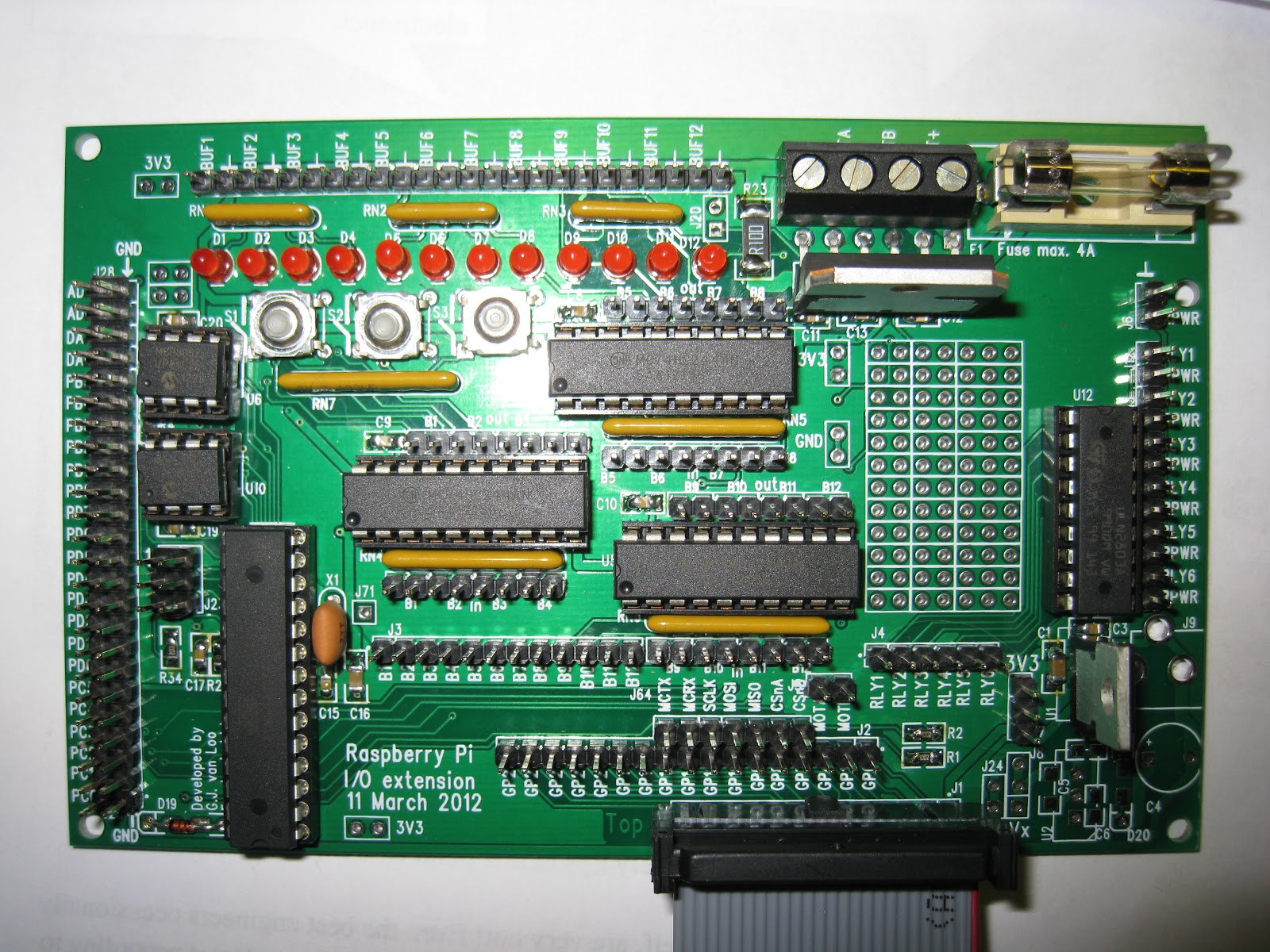 It turned out rather well.  Although the parts were not labeled well, I managed to get them all starting with the tiny surface mount components.  I highly suggest a good pair of tweezers like they sell at Adafruit, etc. and a magnifier if you need one.  Gert recommends holding parts in place with a sponge but I prefer Blue Tack meant to hold things on a wall - it's much like silly putty and resists drying out.  It molds to the coponents and keeps them fairly straight.

The headers were a challenge as they came in rows of 18 (singles) and I needed longer to do well so I supplemented with my bench stock.  The long double was short one row and the Arduino JTAG long by one so I suppose it was meant to be cut but cutting a double is not good as they shatter rather than break off with diagnal cutters.

I have not tested it functionally (still alot going on along with the new Esplora and AlaMode).

I was hoping they would be a bit easier to come by to get the community helping with applications.  For now I suggest Gordon's site for some projects.

Email ThisBlogThis!Share to TwitterShare to FacebookShare to Pinterest
Labels: Gertboard