Adafruit made an interesting suggestion regarding the Arduino vs. Arduino lawsuit. Adafruit noticed that the packaging for the Arduino Uno and Leonardo includes a pamphlet that states:

Manufactured under license
from Arduino by
SMART PROJECTS S.r.l.

Smart Projects is the former name of Arduino Srl. Arduino Srl is claiming to be the trademark holder and has forked the Arduino IDE.

If Arduino Srl feels they own the trademark, why would they include this statement in their packaging? 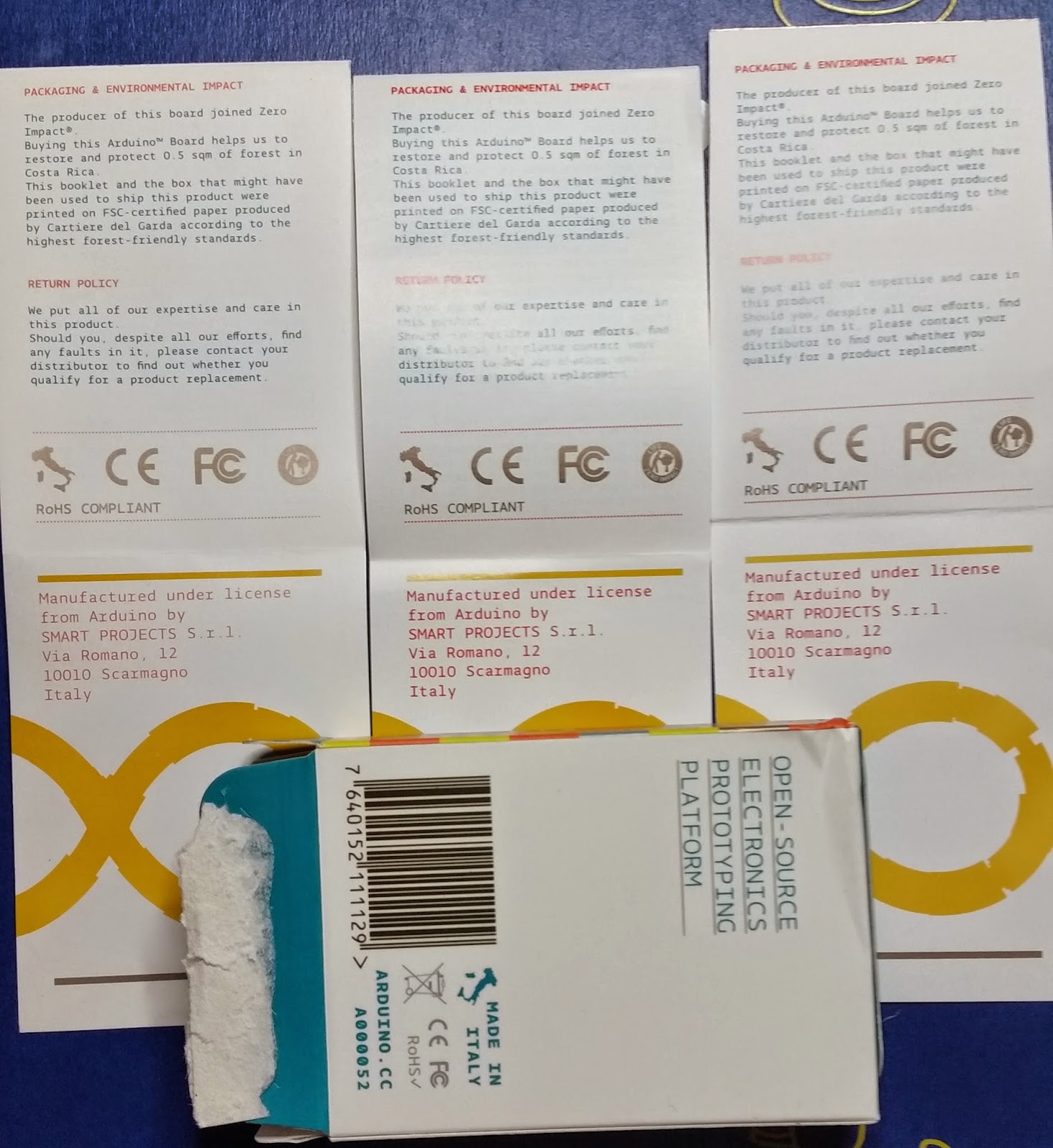 Here are my package inserts from retail Arduino packages over the past couple years.  They all have the license text.

Unlike Sparkfun who decided to walk a line between the companies, I believe the Arduino.cc - the original founders - as holding the Arduino ecosphere rights (it was their creative work from which the project was born).

Email ThisBlogThis!Share to TwitterShare to FacebookShare to Pinterest
Labels: Arduino