The Adafruit folks have had the circuit playground characters as part of their Ask an Engineer Ustream wallpaper for awhile (circuit playground is the name of their popular electronics app on iTunes).  Well, they came up with the cool idea (after the success of the resistor crossstitch) of making plush characters. 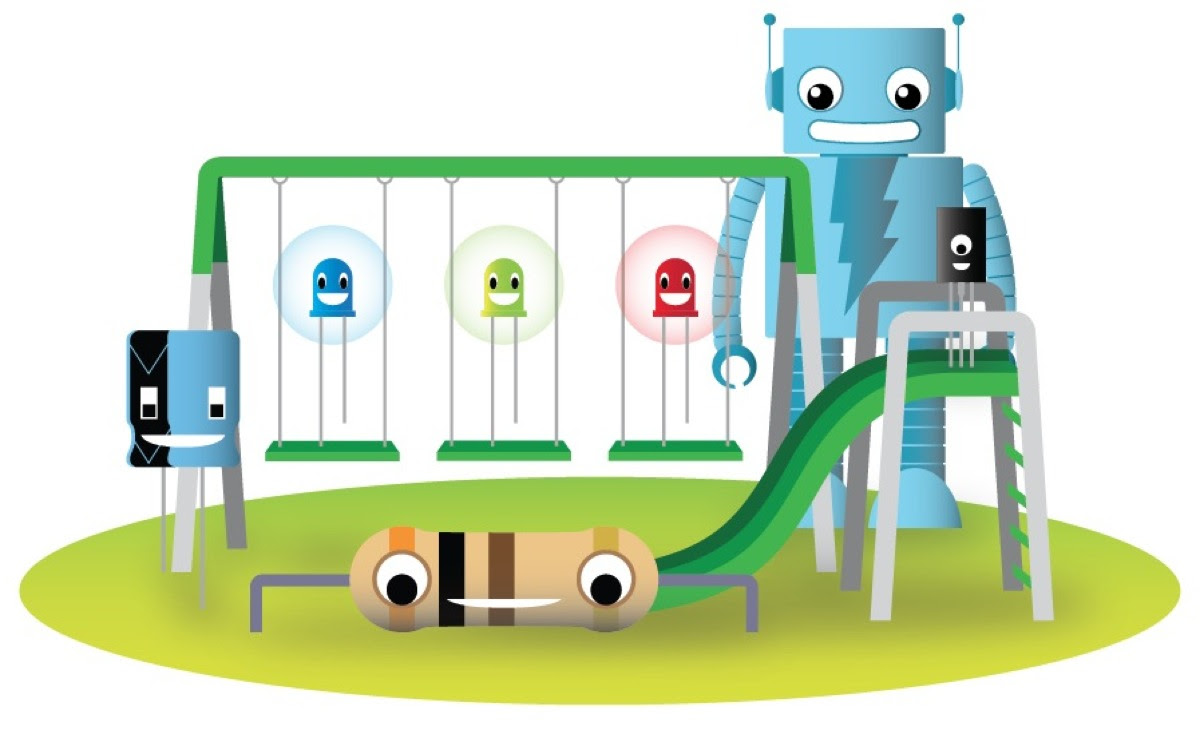 The gang consists of Adabot and his friends:


The puppet designs are by Anney McKilligan Ozar, AKA Anney Fresh, a creator and performer of costumes and puppets in New York City. She has been nominated for seven Daytime Emmy Awards for Costume Design/ Styling with wins in 2007, 2009, and 2010 for Sesame Street.  Adabot's art is by Bruce Yan.

You can listen to Limor Fried and Phillip Torrone talk about the new characters at Maker Faire NY with Pete from Sparkfun here (go to about 3:10).  They promise a 10 minute live-action segment on ASK AN ENGINEER soon.
Posted by Anne Barela at 8:32 PM

Email ThisBlogThis!Share to TwitterShare to FacebookShare to Pinterest
Labels: Adafruit