The MKR1000 microcontroller board from arduino.cc is a very new, very powerful board. With the board coming out of beta and now available, the pinout of the board is fixed (compared to the "pinout might change" communicated in the beta).

It will take some time for MKR1000 compatible daughterboards ("shields").

In the absence of MKR1000 shields, you can look to use Feather Wing boards.

To overcome the differences, a sandwich board can be used. This would best be a custom board (think a nice purple PCB with ma1e headers on the bottom, female on the top). with the pins from the bottom switched around to make the top pins fit the Feather Wing pin expectations.

For a proof of concept, I took two Adafruit Proto Feather Wings. They were used to make the wiring changes. 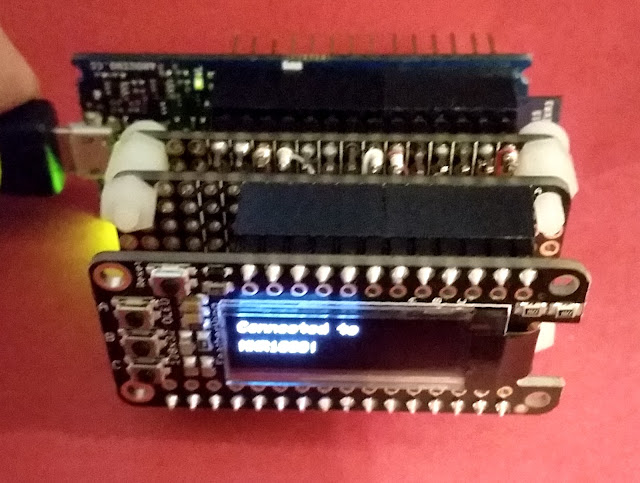 Above, the MKR1000 is the bottom board furthest from the display.  It has female headers (with extra long pins for breadboard use also) soldered in (shown below). 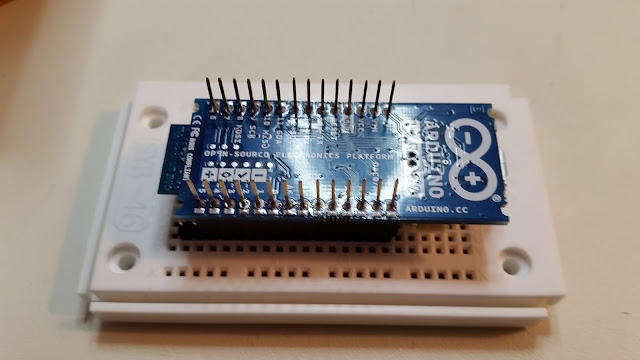 The second board, a proto, has two sets of male pins, ones to make with the MKR1000 and male headers pointed up towards the second proto. 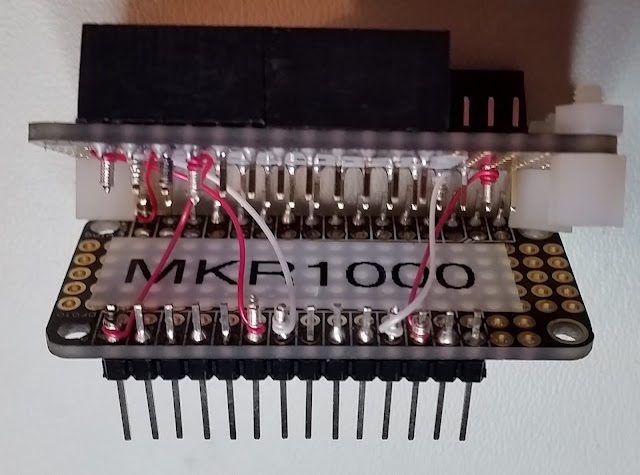 The second proto has male headers pointing down to the first and female headers for the Feather Wing daughterboard. 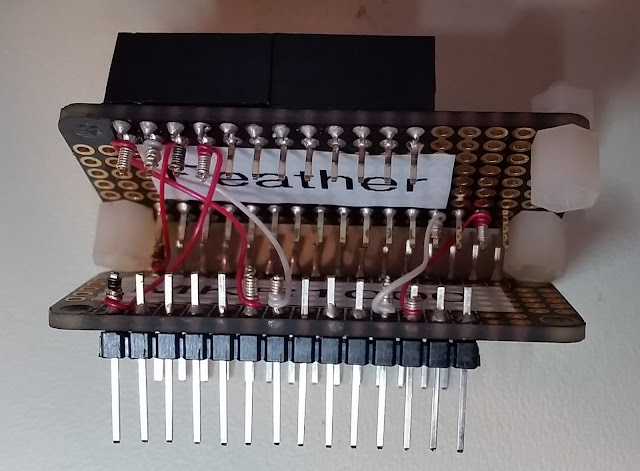 The cross connection may be done with 22 gauge wire.  A more old fashioned connection method is to use fine wire wrap wire and connect with a wire wrap tool. See Wikipedia if you're unfamiliar with wire wrapping.

The OLED Feather wing communicates via the I2C bus. To make it work, we need to cross connect the following pins:


The code to put test text on the display: