Affordable Edition of The Making of Stanley Kubrick's '2001: A Space Odyssey'

The book The Making of Stanley Kubrick's '2001: A Space Odyssey' is being reprinted at a fraction of its $1000 first edition price. 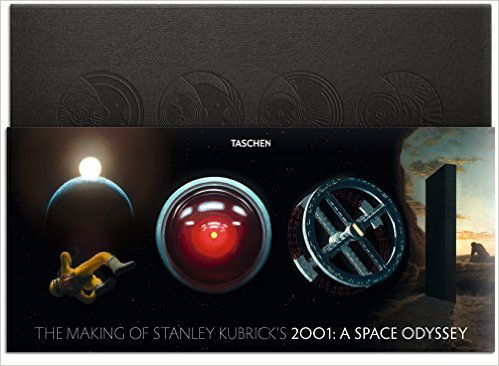 This behind-the-scenes documentation of 2001: A Space Odyssey sheds light on the lead actors, senior production designers, special-effects experts, and masters Stanley Kubrick and Arthur C. Clarke, who together revolutionized the art of cinema and science fiction respectively.

The book was previously available as part of the multi-volume sell-out Collector's Edition.  This release includes on and off set photographs, pre-production paintings, and conceptual designs from the Kubrick archives. With numerous fold-outs, these images offer insight both into Kubrick's meticulous directorial methods, and into the mysteries of a film ahead of its time.

The book was written and researched over several years by the outer space, special effects, and technology journalist Piers Bizony.

Anyone looking to see the detail that went into the film, the technology, or look to recreate the vision will delight in this book.

This edition will be available September 5th at booksellers.  You can pre-order